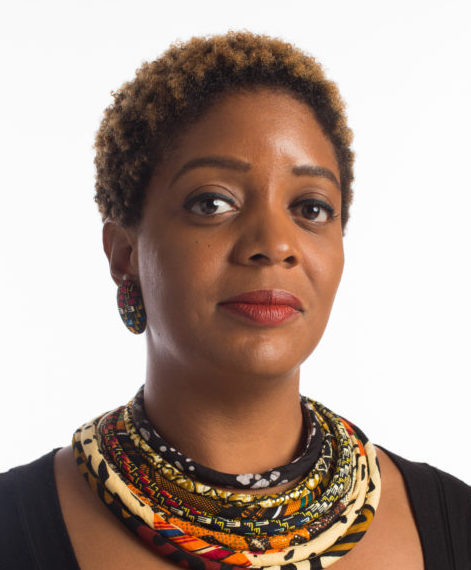 Tracy Lloyd McCurty, Esq. is the Co-Founder and Executive Director of the Black Belt Justice Center (BBJC), a legal and advocacy nonprofit organization dedicated to the preservation and regeneration of African American farmlands and land-based livelihoods through effective legal representation, advocacy, and community education. For more than a decade, McCurty has served as a legal advocate on a range of issues disparately impacting the African Diaspora community; however, her most cherished work has been in service of multigenerational farm families living on the land in the rural South. In addition to serving farm families and cooperatives, McCurty has provided legal representation to numerous community-based farm organizations that serve diverse farmers and rural communities, including the Oklahoma Black Historical Research Project, the National Immigrant Farming Initiative, and the Southeastern African American Farmers Organic Network (SAAFON).

Before launching the Black Belt Justice Center, McCurty served as the Policy Advisor for the Rural Coalition, a national coalition of 70 community-based organizations representing diverse farmers and farmworkers. In that role, she led coalition efforts to ensure complete implementation of the equity provisions of the 2008 Farm Bill. To ensure maximum participation of African American claimants in the In re Black Farmers Discrimination Litigation (“Pigford II”), she drafted and submitted legal memoranda to assist the federal court in its deliberations regarding the coordination and implementation of the Pigford II settlement agreement.

McCurty has demonstrated leadership in her field of work through her participation in several national farm and food equity conferences and symposiums including the W.K. Kellogg Foundation Food and Community Gathering, the Professional Agricultural Workers Conference (Tuskegee University), the Critical Race Studies Symposium (UCLA School of Law), and the International Food Sovereignty Forum (Carnegie Endowment for International Peace). Additionally, she is the co-coordinator and co-author of the Black Agrarianism chapters featured in the 2017 Food First publication, Land Justice: Re-imagining Land, Food, and the Commons.

McCurty earned her Bachelor's of Science at North Carolina Agricultural and Technical State University and her law degree from the University of North Carolina at Chapel-Hill School of Law. She is licensed to practice in Maryland, the District of Columbia, and Georgia, and currently serves on the Board of Directors for the National Conference of Black Lawyers.