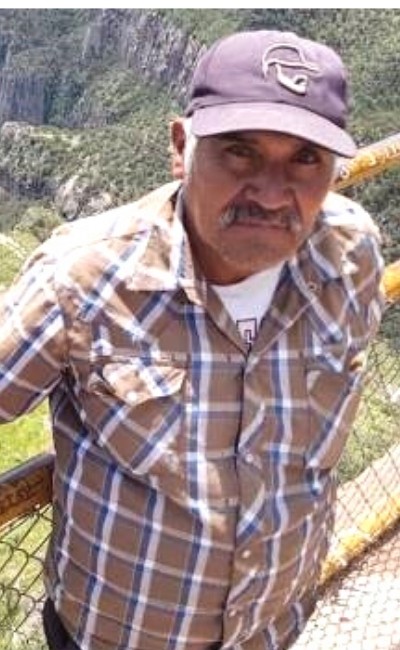 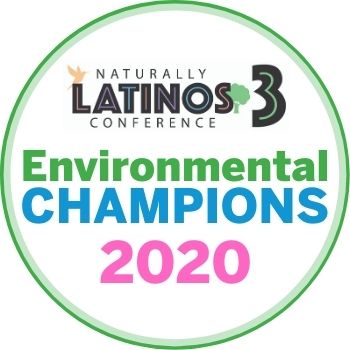 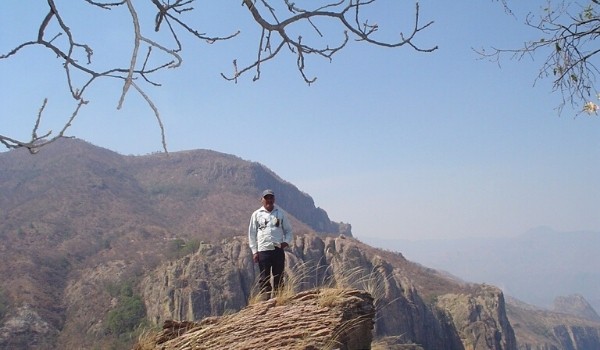 Julian Carrillo was born January 9,1962 in the community of Coloradas de la Virgen, Chihuahua, Mexico. Julian was part of the indigenous community called Raramuri or Tharahumara, who live in the region of the Sierra Tarahumara. This region is a biodiversity hot spot and has a rich culture. Because of these, the region has been an area of economic interest especially for forestry, mining, and truism.

Due to his activism, Julian and his family were subjected to numerous threats and violent attacks. In 2014, he received protection by the Mexican Federal Mechanism for the Protection of Human Rights Defenders and Journalists but in early 2018, he was forced to leave his community.

Julian was killed on 0ctober 24, 2018 at the age of 56 when he returned to his community for the funeral of his daughter. Now, his family and many other members of his community have been victims of forced displacement and they keep being activists of their land, the indigenous rights, and the forest. 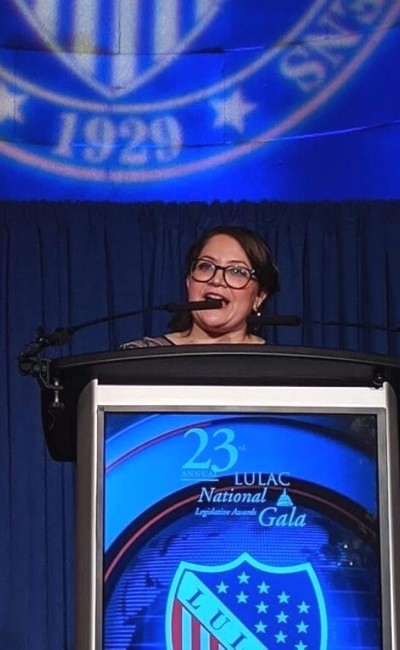 Sindy Benavides has integrated environmental justice into a career of advocating for Latin@ communities nationally. Benavides has raised the voices of Latin@s through her executive experience during the Tim Kaine administration in Virginia in the early 2000s, right through helping to shape participation in the 2012 presidential campaign. 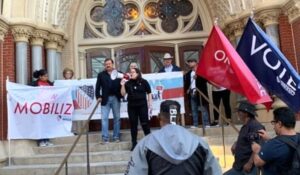 As CEO of LULAC, Benavides has been a leader in holding the EPA to account in its attempts to sustain the use of a pesticide that causes cancer and brain damage among people living and working in the fields. During this COVID era, her exacting work paid off, as courts upheld a ban on the use of chlorpyrifos. This success culminates years of activity raising the voices of Latin@s in the movement for environmental justice. 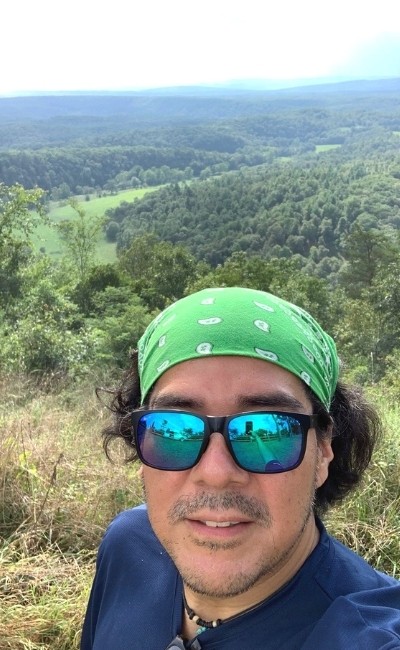 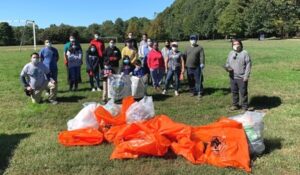 Abel Olivo (he/him/el) is a dedicated promoter of environmental education and access to nature for the well-being of Latin@ communities. A long-time resident of the Washington, D.C. area, Olivo has animated many organizations with his expertise in government affairs, education, and the environment. Most recently, he has co-founded Defensores De La Cuenca to celebrate and strengthen Latin@ recreational access to the region’s watersheds and popular understanding of watershed ecology. As an innovator in creating environmental experiences for Latin@s, Olivo presented his insights at the North American Association for Environmental Education in October 2019. Olivo also served as Director for Community Outreach and Partnerships for Corazón Latino, a national organization promoting environmental access; he draws on years of experience as a lobbyist for this role.

Olivo’s activism centers on Prince George’s County, Maryland, where Latin@ residents have increasingly found a home, representing a growth of 7%-20% of the county population during 2000-2020. Olivo has nurtured Latin@s by creating and supporting many opportunities for children and families to access nature, for example by serving on the planning committee of the popular Festival del Rio Anacostia in years past, or by coordinating park clean-ups, during this COVID era. or by teaching youth environmental education through Project Learning Tree. He also shares his methods with regional professionals, such as through the online workshop he co-led at the 15th annual Chesapeake Environmental Forum, in October, titled “Meaningful Connections to the Latino Community.”

For abundant energy, creativity and effectiveness at engaging the Latino community, Audubon Naturalist Society is honored to celebrate Abel Olivo as a Regional Champion. 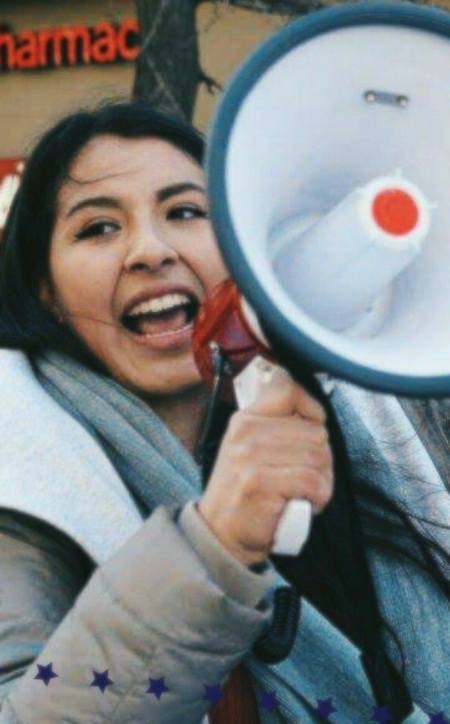 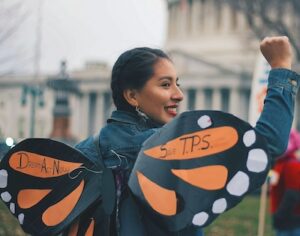 Brenda Perez (she/her/ella) is an award-winning community activist who is passionate about the environment and immigration. She has been awarded both the Empowering the Future Award from the Washington Peace Center, the Princeton Prize in Race Relations, was a recent Green Fellow at the DC Department of Energy & Environment, and is currently earning a master’s degree in water resources management. Perez, who is a Deferred Action for Childhood Arrivals recipient, came to the United States at age 10, and has been deeply involved in community advocacy. Perez was featured in the Smithsonian documentary “Risers,” a film about how two young students navigated the challenges they faced being young undocumented immigrants. When asked in a 2015 Latinitas Interview, what the difference between dreamers and risers are, she responded: “We’re not dreaming anymore. We’re rising. We’re stepping up to the plate.”

To support her through the academic challenges and bullying that came with not speaking English upon her arrival to the US, she became a leading voice in the Student Multiethnic Action Research Team (SMART), a project of Many Languages One Voice (MLOV), and eventually a lead student organizer. In that role, she spoke out about the needs of immigrant English Language Learners in DC Public Schools. After college she continued her work with MLOV focusing on youth organizing and also served as its deputy director. Perez has also worked with City Blossoms, an urban gardening organization in DC, as part of the Mighty Greens program. With this organization, she has worked with community youth to promote entrepreneurship and food co-op practices, while maintaining cultural sensitivity and relevance in the community despite language barriers.

Recognizing that climate change is a time sensitive issue, she strives to be inclusive and open up spaces for action in communities that have been impacted. “Communities of color and communities with economic differences have been impacted disproportionately. In order to resolve that, we need to make these issues more intersectional,” says Perez. “I want to build unity in our communities by looking at the intersectionality of issues like immigration and the environment.”

Perez brings multiethnic and multilingual communities together while putting youth participation at the forefront. She helps young people in the community develop the skills they need to become community organizers, leaders, and to advocate for language justice and other aspects of community advocacy. Her dedication to the Latinx community and to the environment is what makes her a Naturally Latinos Environmental Champion. 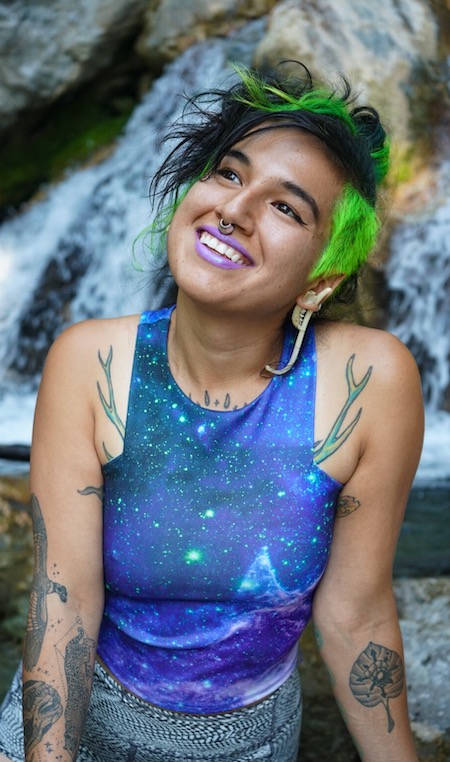 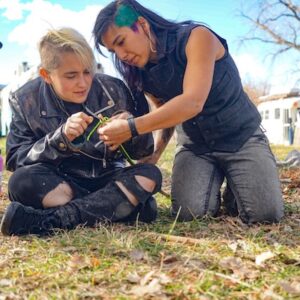 Pınar (they/them) is an Indigenous multi-species futurist, mentor, wildlife tracker and trans eco-philosopher; co-founder of Queer Nature, an “organism” stewarding earth-based queer community through ancestral skills, nature-connection and rites of passage. Enchanted by the liminal, Pınar is a future transcestor of Huanca Quechua, Turkish and Chinese lineages. A central prayer that guides them is envisioning decolonially-informed queer ancestral-futurism through interspecies accountability and the remediation of human supremacy in the Chthulucene. They are in a lifelong apprenticeship to the ecotone of riparian systems.

Their relationship with transness, hybridity, neurodivergence, Indigeneity, ecological kinship and belonging guided their work in developing Queer Ecopsychology through a decolonial lens. As a survival skills mentor, one of their core missions is to uplift and amplify the brilliant “survival skills” that BIPOC, 2SLGBTQ+ and other systematically targeted populations already have in their resilient bodies and stories of survivance.

They are a Council Member of Intersectional Environmentalist and a member of Diversify Outdoors coalition. They also are adjunct faculty at the WE Immersion at Weaving Earth and facilitate and design multi-day programs at Colorado College and the University of Colorado Boulder.